A family, a philosophy and a history straddling the last three centuries

The Baglietto yard began life on the beach at Varazze in Liguria sometime around 1854, initially working as a subcontractor for other local commercial vessel builders. However, it quickly developed and by the end of the century, had earned a reputation for its superb racing sailing yachts and freight vessels. 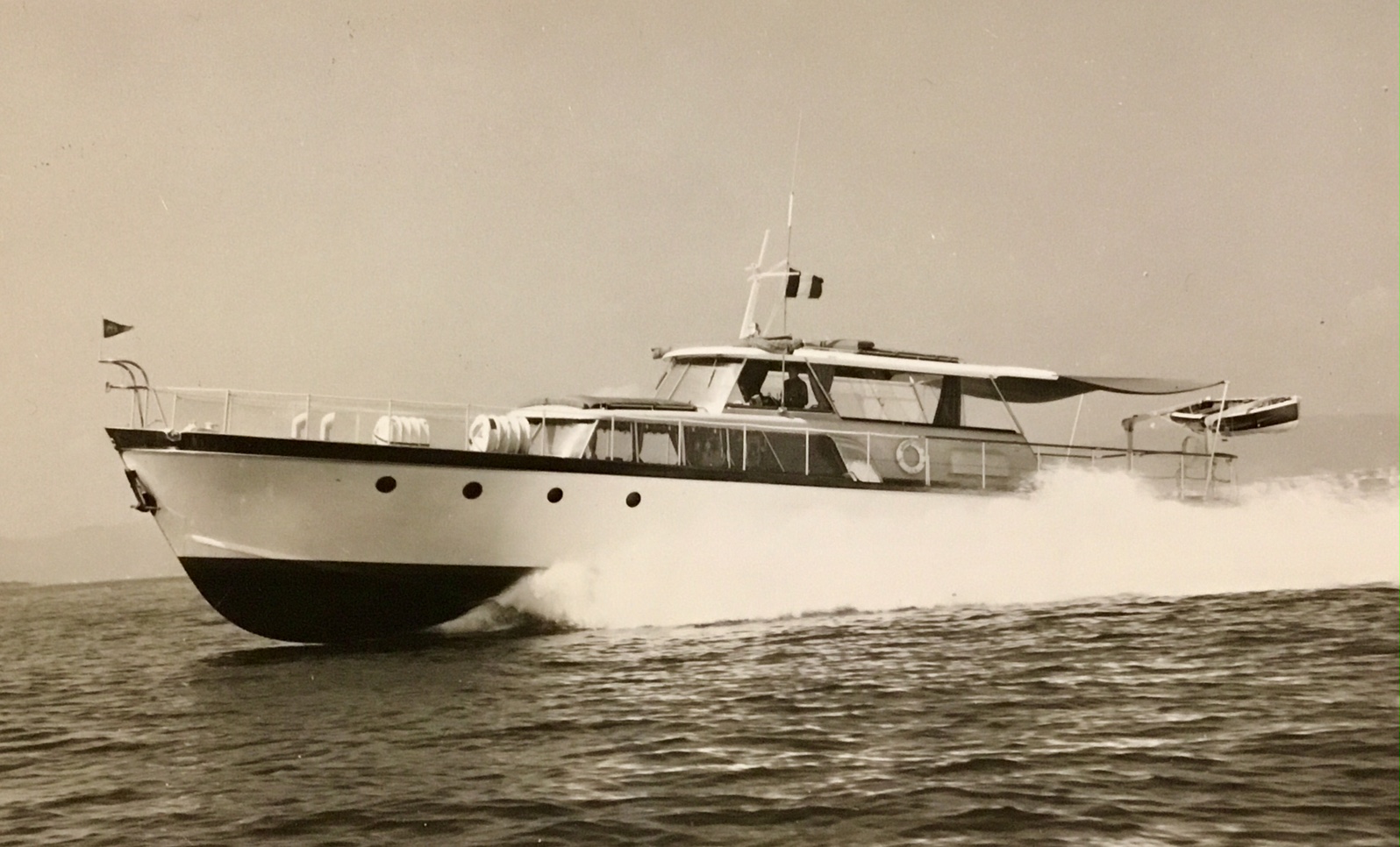 By the start of the 20th century, the yard had diversified into several different areas: sailing, the first racing motorboats, the early motor-powered yachts. During World War I, Baglietto made its first foray into military building, producing various warships in addition to the famous M.A.S. (Torpedo-Armed Motorboats), small military craft used as fast assault vessels.
Baglietto also built a thousand seaplanes on licence in addition to wooden nacelles for Italian dirigibles, including the one Umberto Nobile flew across the North Pole at the end of the 1920s. 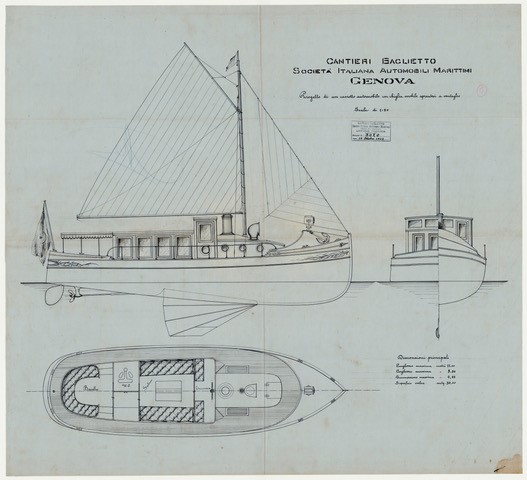 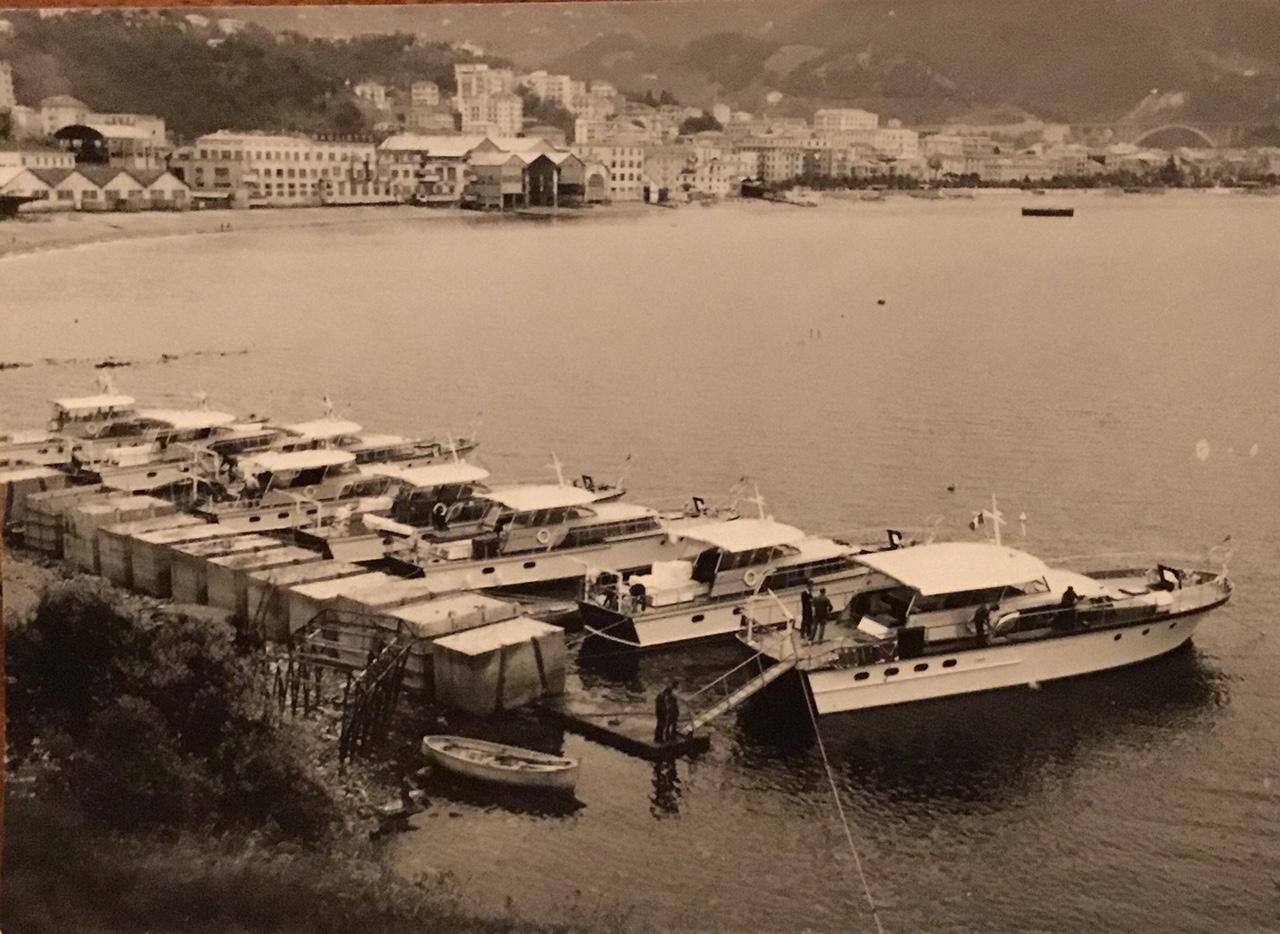 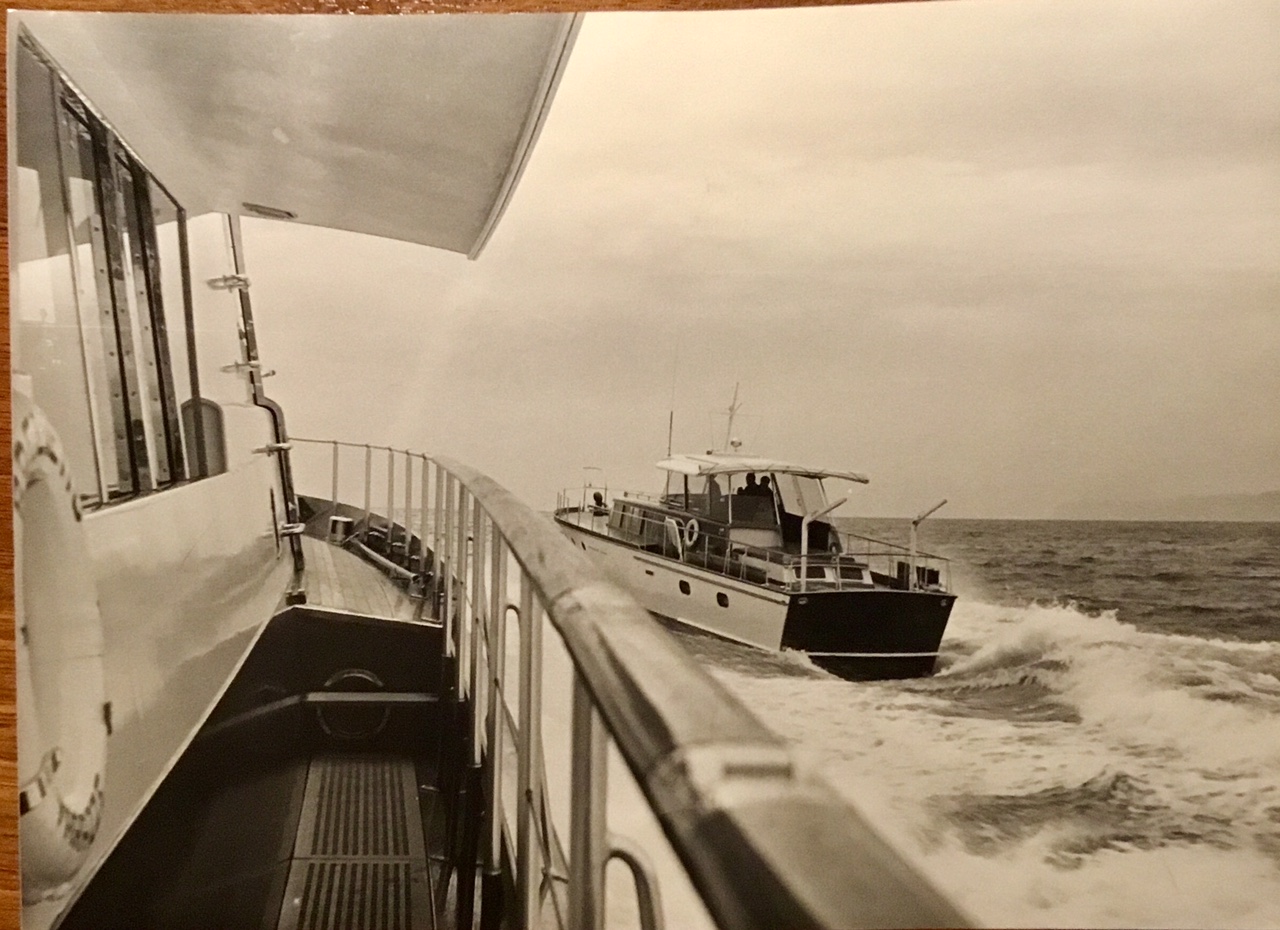 Pleasure boating enjoyed a boom after the Second World War, developing rapidly. Drawing on its experience with fast vessels for the military, Baglietto began building the first of its legendary “panfili” (yachts), resulting in the first series, called Isole: Elba, Ischia, Minorca and Maiorca. Captivatingly innovative lines and pastel liveries turned this series into a Mediterranean style icon, as did the quality of the materials used and the meticulous attention to detail Baglietto had always lavished on its craft.
The Aga Khan’s Maiorca became particularly famous. Sadly, together with other craft being winterised at the yard, she was subsequently destroyed in a fire. 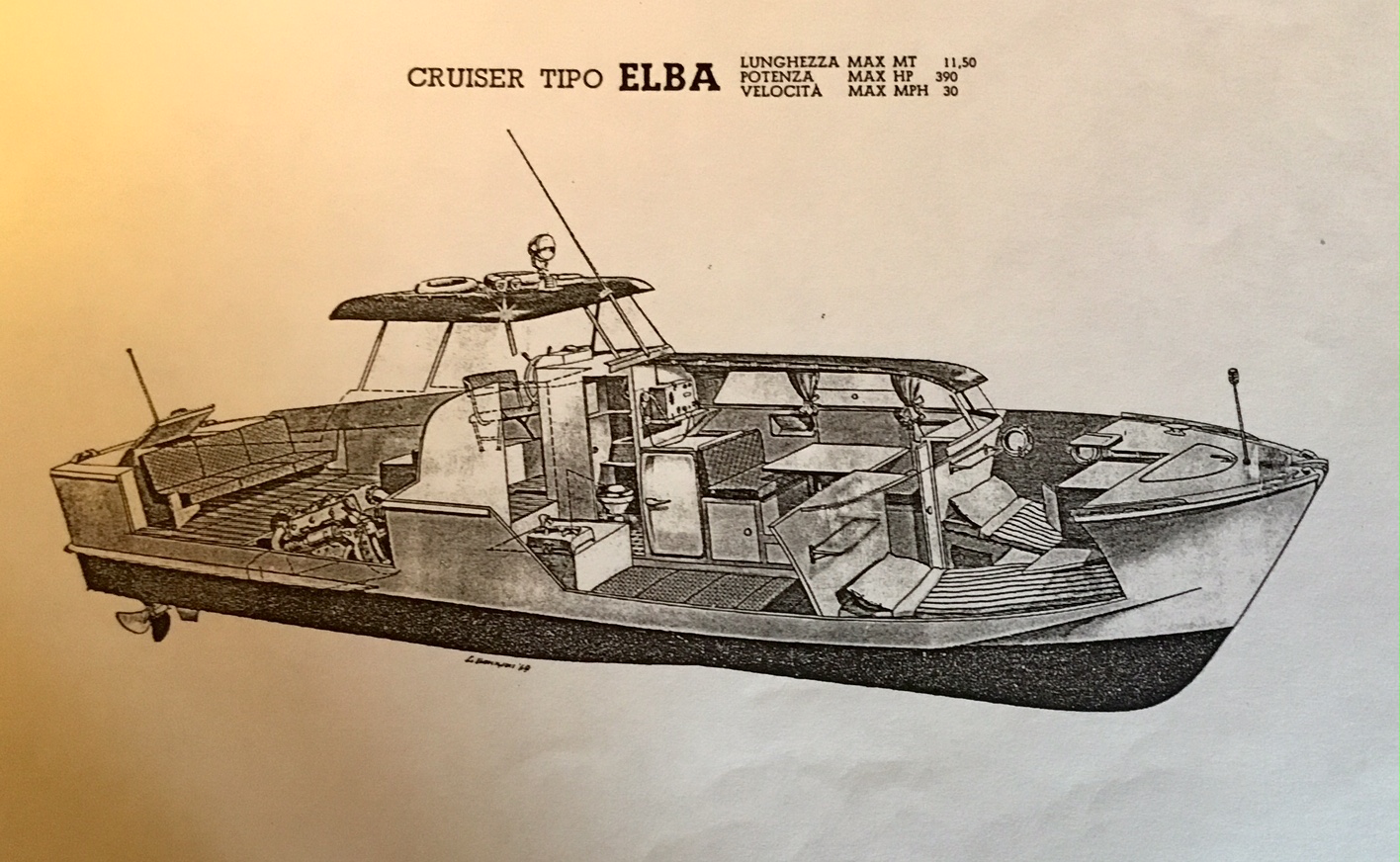 During the 1960s, Baglietto enjoyed one of its finest hours thanks to its series called metre, yachts that quickly put the Italian yard at the very pinnacle of the world yachting scene.
The 18M, the most luxurious production yacht Baglietto had ever built, was also the very first European yacht that had its wheelhouse forward and the saloon aft. Examples included Carostefal, built for Prince Rainier of Monaco, and named in honour of his children, Caroline, Stephanie and Albert.
Baglietto subsequently turned to using marine plywood, resulting in the famous 16.50 and 18.M2 models as well as the legendary 20M. It was soon the go-to yard for the international jet set with industrialists, actors and politicians all commissioning craft. Gianni and Umberto Agnelli, Karim Aga Khan, Carlo Pesenti, Peter Sellers, Virna Lisi, Christina Onassis, Charles Forte, Angelo Moratti, Caterina Caselli, Corrado Agusta and many, many other big names fell in love with and owned these stunning yachts. 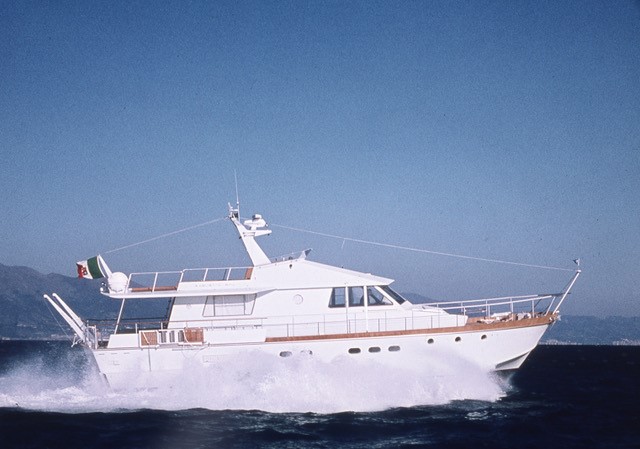 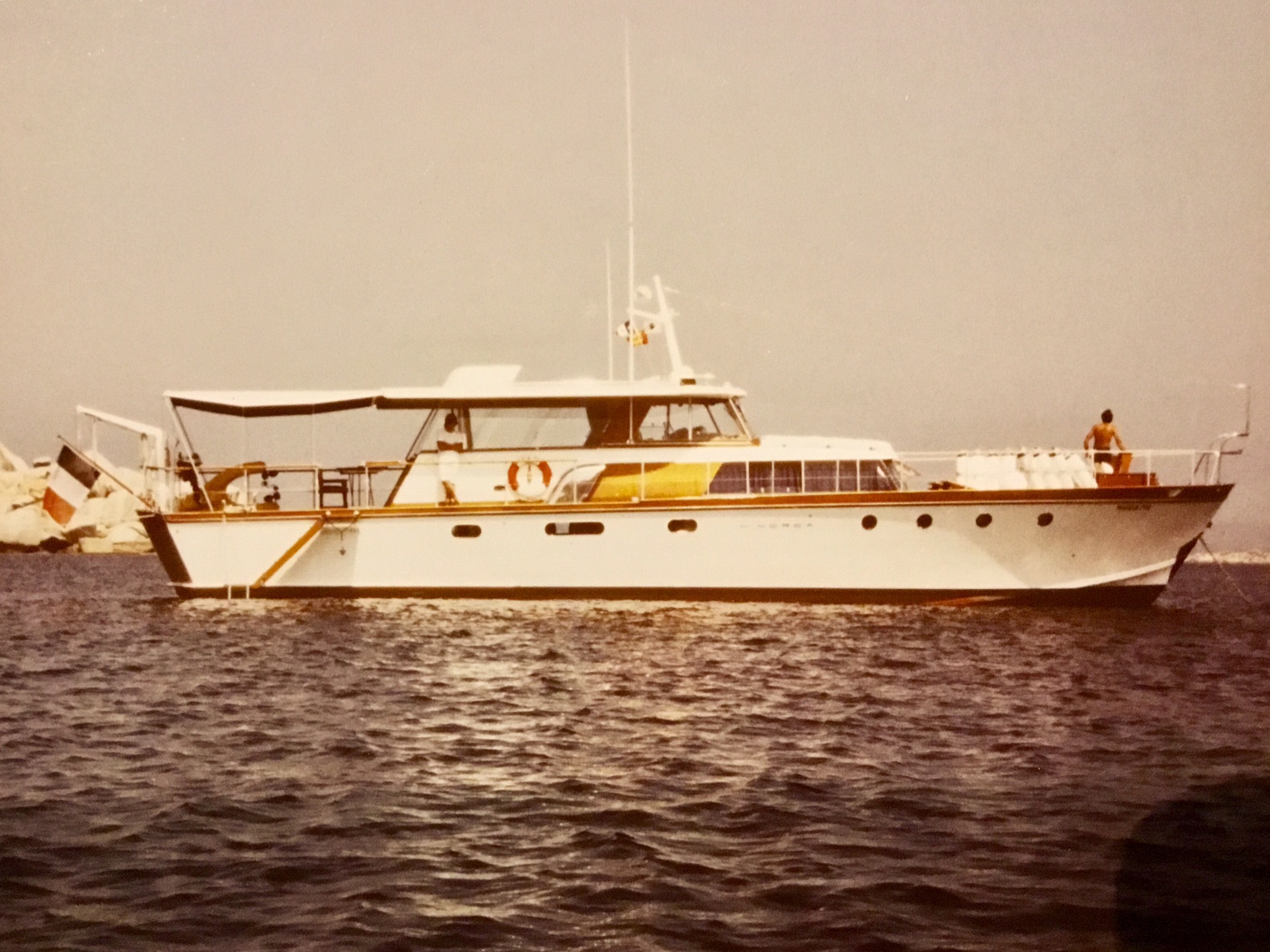 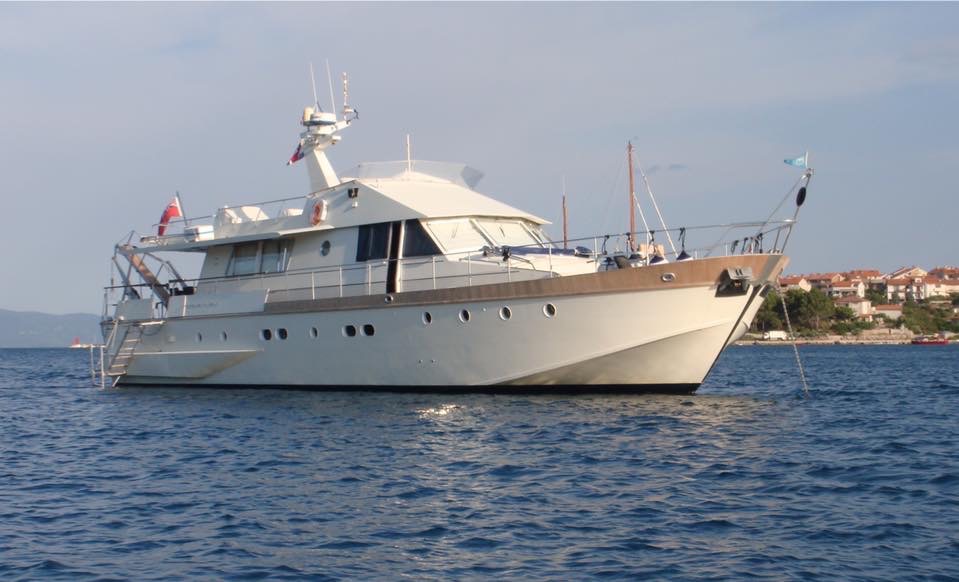 Now specialising in displacement and semi-displacement steel and aluminium yachts, Baglietto also leads the world in the fast and planing boat sector, thanks in good part to the guidance of its president, Beniamino Gavio.
The yard’s latest superyachts span the FAST line, which includes the extraordinary FAST 43 HT with its array of unique technical and stylistic solutions, the EXPLORER series designed for owners wanting to venture to less traditional destinations, and the V-line series, clothed in classically military lines with a signature plumb bow and aluminium hull and superstructure.
In short, Baglietto is now a boutique yard that designs and builds its yachts around the specific requirements of their individual owners and families. The result? Stunningly unique boats. 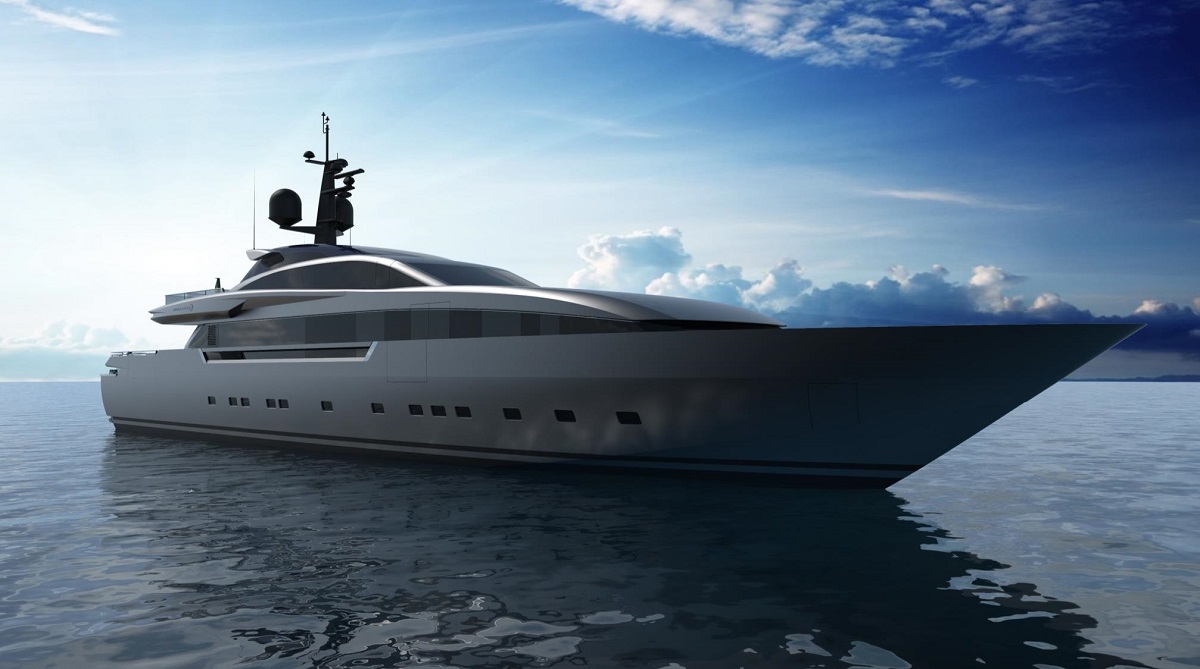 Discover the Nautical Micro Museum contest launched by Baglietto in cooperation with YAC. A traveling museum set up in mobile containers, offering stunning immersive and multimedia experiences in a structure that can easily be moved and reassembled.