All the class and elegance of Made in Italy

Benetti yachts have been a standard-bearer for Made in Italy excellence since they first appeared on the international market in 1873. They have also enjoyed a sterling reputation as a leading builder of steel displacement yachts since the 1950s.
In 1985, the brand became part of the Azimut-Benetti Group, the world’s largest privately-owned builder of luxury motoryachts. The Group currently designs steel and aluminium megayachts ranging in size from 37 to over 100 metres under the Benetti brand in addition to a 34 to 44m composite superyacht range under the Azimut brand.
With annual revenues of 850 million euro and an order book amounting to 1.2 billion, the Group tops the world rankings both in terms of boats on order and their total end-to-end length. Benetti has also just joined the gigayacht sector with the101m Luminosity, the 107m Lana and the 108m IJE. 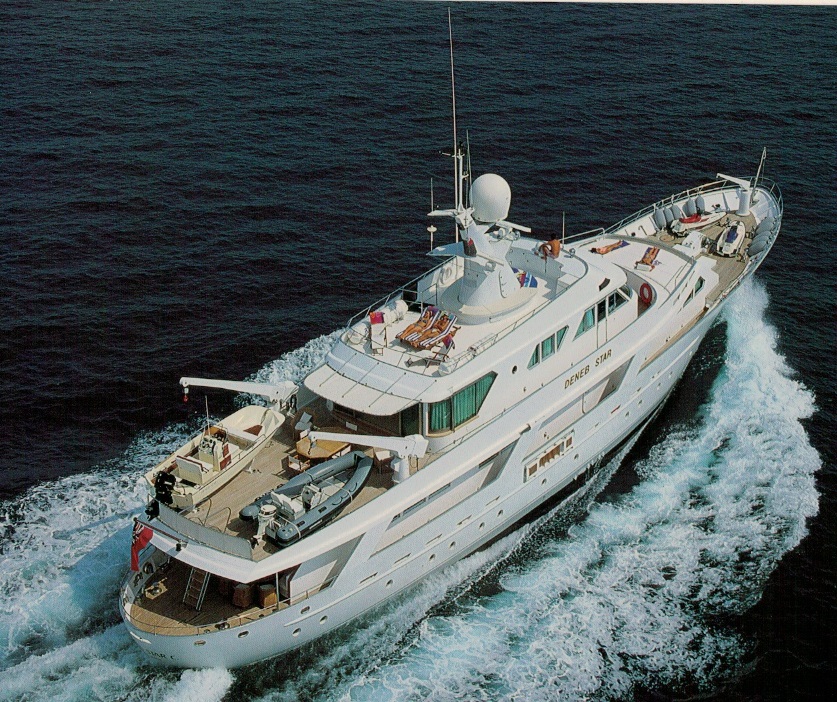 Conscious that climate change is the biggest challenge for the future, Benetti has fitted Luminosity with a leading-edge hybrid propulsion system that uses eco-friendly technology. This system can charge many tonnes of batteries which will keep the yacht running for 12 hours without any generator assistance. Technology, class, elegance and luxury combined with the highest standards of technology have made Benetti one of the most renowned yards on the international scene.
The unique and instantly recognisable style of their marvellous displacement yachts has captivated captains of industry, celebrities and famous names the world over. Iconic models such as the Delfino, Gabbiano and Mediterraneo have been owned by the likes of David Bowie, Prince Rainier III of Monaco and Grace Kelly. 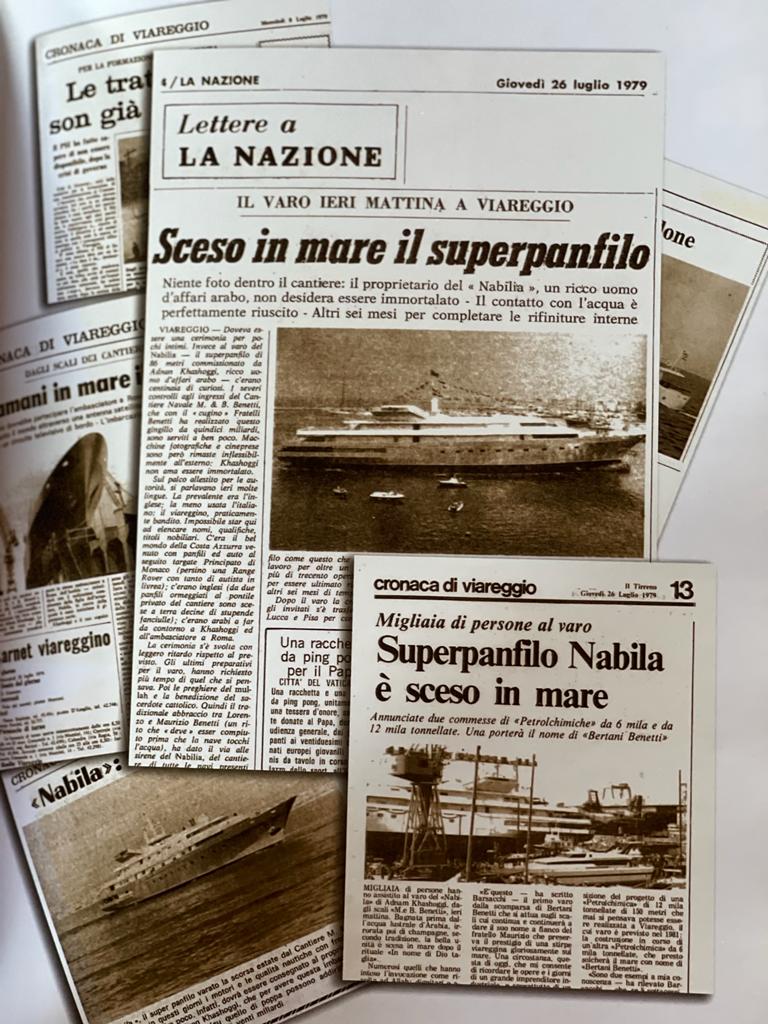 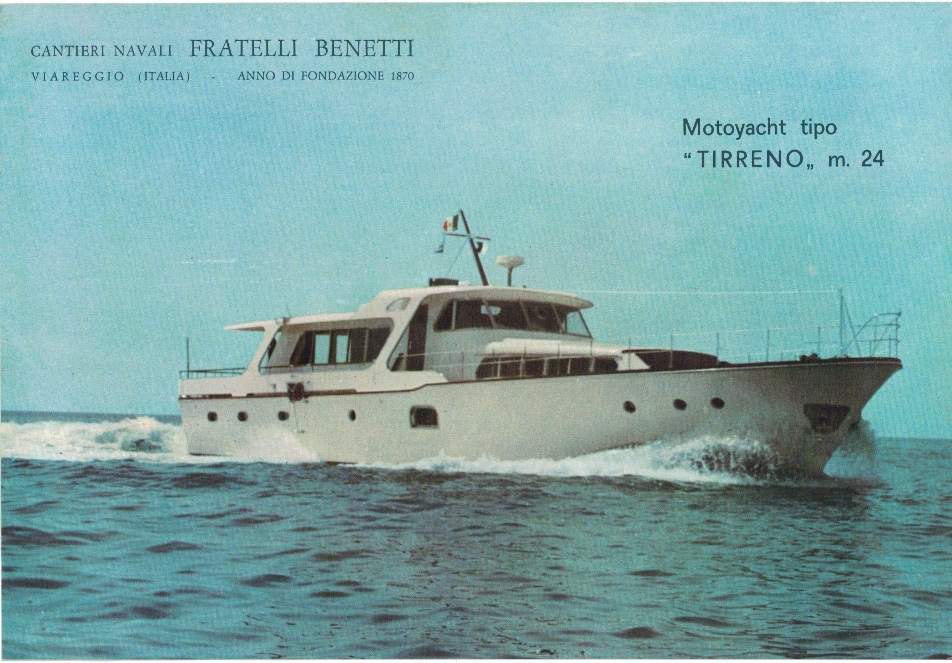 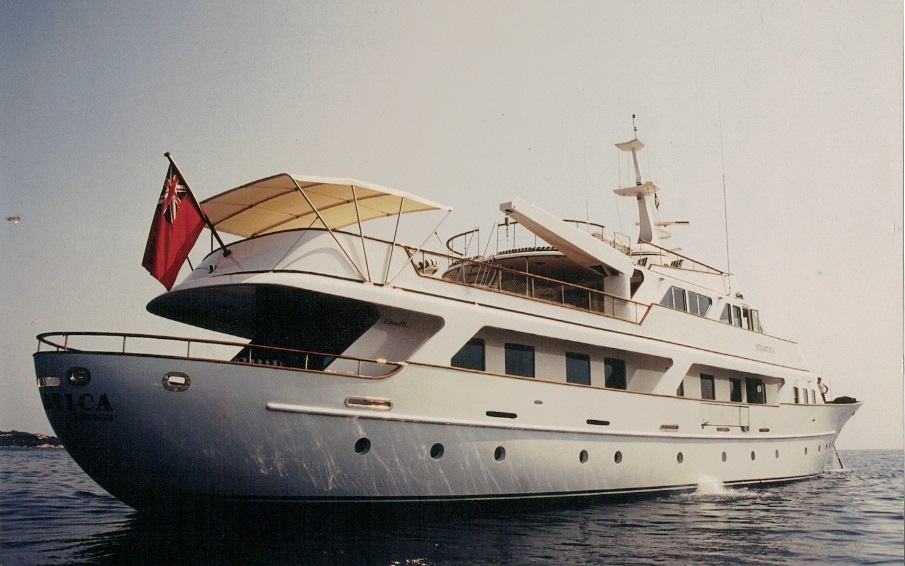 And who hasn’t heard the story of the legendary Nabila, the very first megayacht built in 1980 for Adnan Khashoggi at a cost of 100 million dollars and immortalised in the James Bond film, Never Say Never Again starring Sean Connery? At 88 metres, she was the largest yacht afloat at the time and boasted a helipad, a cinema, a disco, two saunas, a pool and an infirmary. Nabila became a 1980s icon and synonymous with the excess and extravagance of that decade, thanks to her 200 telephones and plethora of valuable art works. 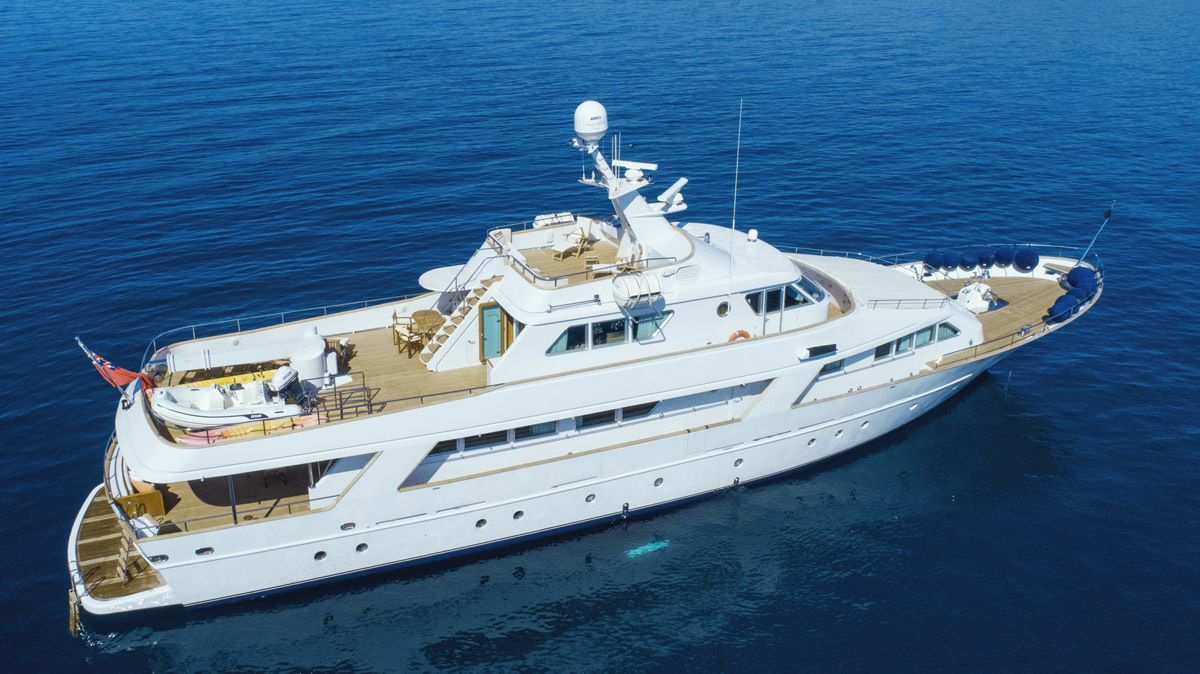 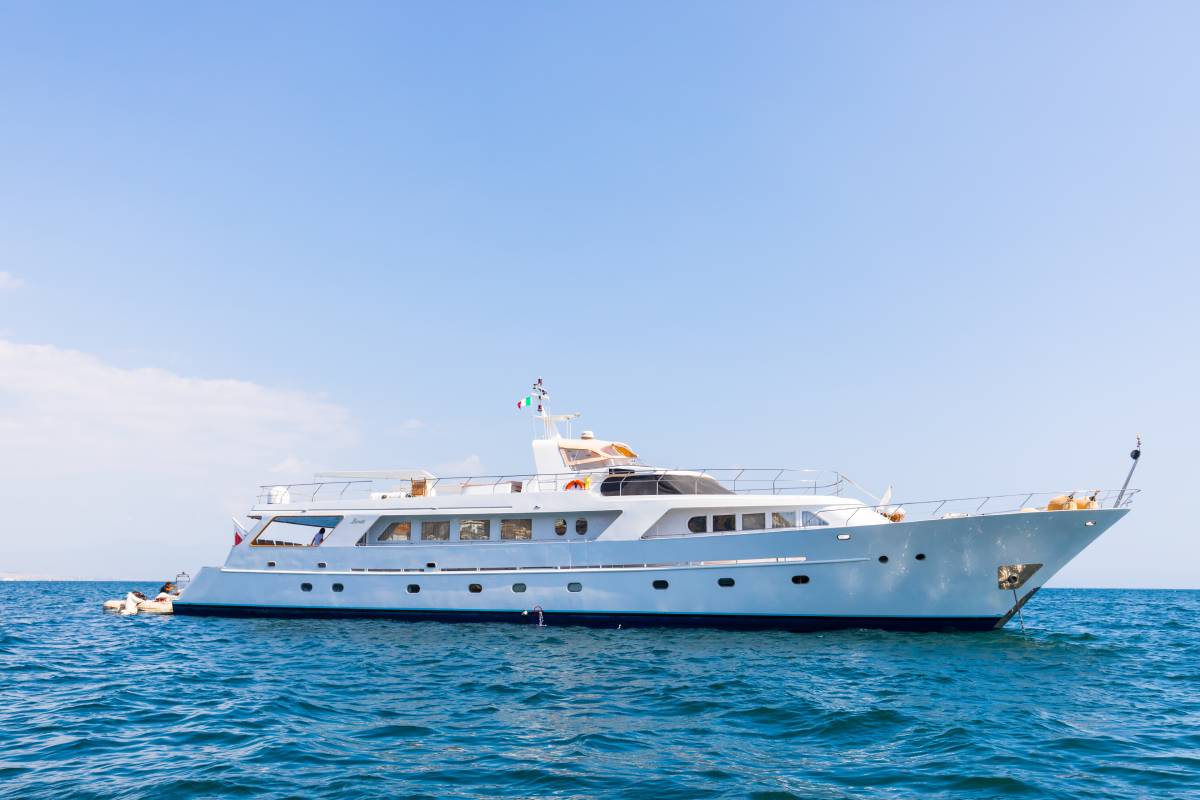 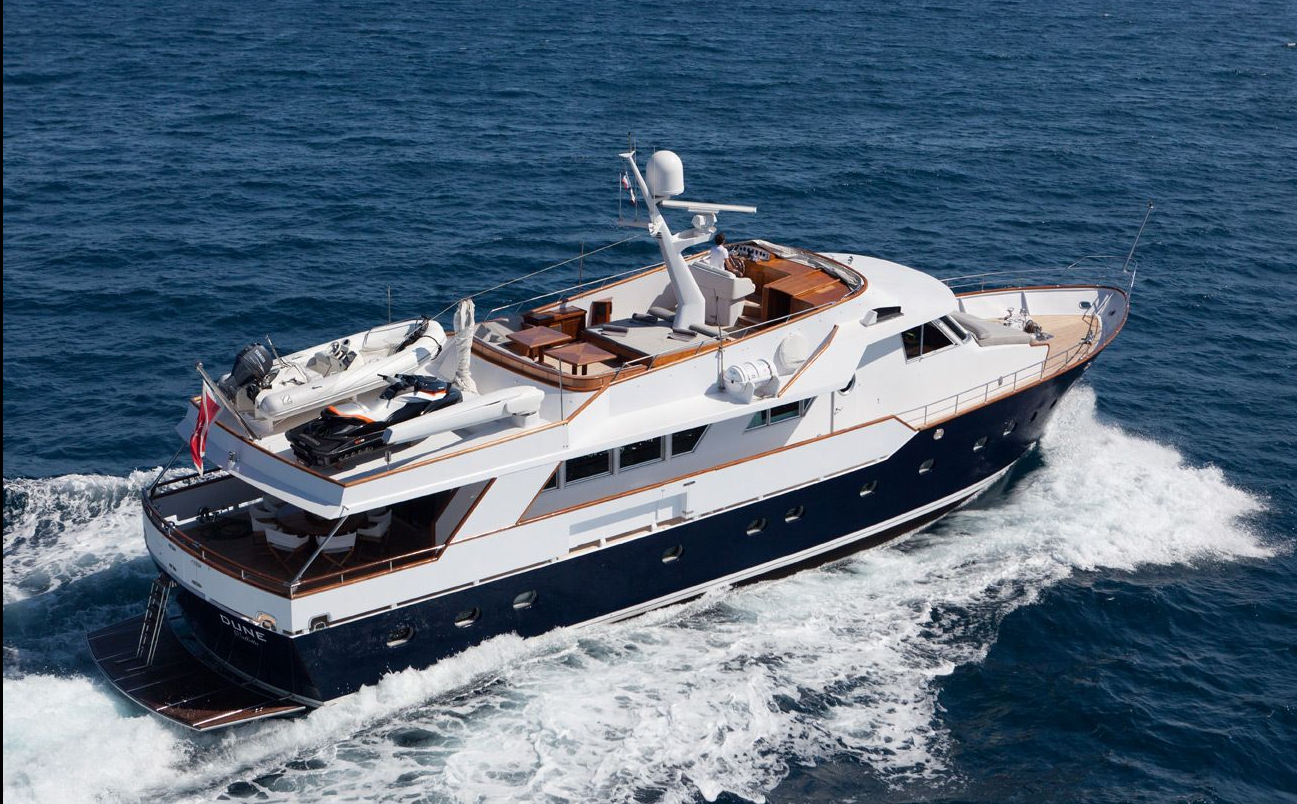 In the same period, Benetti also launched Freemont and India, two stunning classic yachts with an instantly recognisable style, both now available through Equinoxe Yachts International. Built from steel and aluminium, the two vessels share the same timeless class and elegance, and have been maintained in pristine condition by their devoted owners.
The gorgeous Dune splashed a few years prior to them. Built in 1974, she has enjoyed several refits over the years, the most recent in 2018/19. The golden age of yachting is alive and well aboard Dune as her sober yet sophisticated interiors and exteriors effortlessly meld luxury, comfort and modernity.

At Benetti today, glorious echoes of the Dolce Vita resound in the new Motopanfilo. Back in the 1950s, only a select group of very wealthy owners could afford a displacement yacht i.e. a Benetti. The new Motopanfilo references the styling of those years albeit with a modern slant, thanks to cutting-edge technologies designed to meet the needs of today’s owners. Francesco Struglia penned the Motorpanfilo’s exterior lines while Lazzarini Pickering Architetti designed the interiors. Iconic Italian brand Loro Piano was responsible for the entire fit out for which it used ultra-sophisticated textiles and materials.